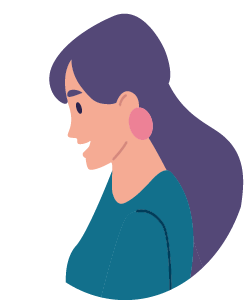 Have you ever looked at a building and thought to yourself, "someone built that?" It's really eye-opening to look on in awe at the structures humans are able to build. It's also amazing how those in the construction industry are able to work together and make dreams a reality. Plumbers, electricians, concrete contractors, machine operators, drywall technicians — they all played a unique role in creating the building you're looking at. We find that mesmerizing, and we are happy to blog about it here. Please read a few of our articles and enjoy becoming more informed about the construction world.

General contracting firms are the go-to solution for a wide range of renovation and construction projects. If you haven't previously hired a GC to tackle a job, you may not be sure what to expect. Anyone hiring a general contractor can anticipate them doing these four things.

More than anything else, a GC will coordinate the different parties needed to tackle a job. Suppose you want to install new plumbing in an old house. The general contracting company will make sure the schedule works so the drywall contractor doesn't show up before the plumber is done.

Notably, they do the same thing with materials. If you need to have a roofing contractor come by, for example, you want to be sure the materials will arrive in time but not so soon they cause trouble. You don't want to have tons of materials sitting around for weeks or months. A general contractor will coordinate materials shipments, create a space on the property for the materials, and make sure the contractors who need them have access.

Many general contracting operations have their employees deal with the most basic labor on the project. Suppose you need to frame some basic structures to put up a house. The GC's people will usually deal with the simple work. If they need something more complex done, such as bringing in a crane to set a heavy beam, then they'll coordinate their labor with the third-party contractor for the crane.

The typical client will have an architect or designer produce plans for a job. A GC has to read the plans and break them into projects. For example, pouring the foundation for a new house is one project. Installing each of the utility systems is another project.

A GC will study the plans at the beginning with an eye toward sequencing. They need to think about what has to happen before anything else can move forward. You might need to grade the earth at a site before you can even bring in equipment, for example. Then they might need to excavate a hole for the foundation and basement. The sequence keeps going until you're dealing with the finishing touches.

Throughout a project, the general contracting business helps to centralize responsibility. If there is an unfinished project because a subcontractor missed something, the GC must remedy the situation. Similarly, their bond and insurance cover most potential liability issues.